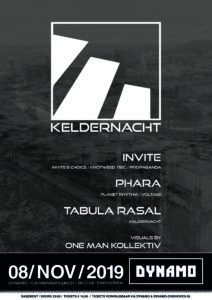 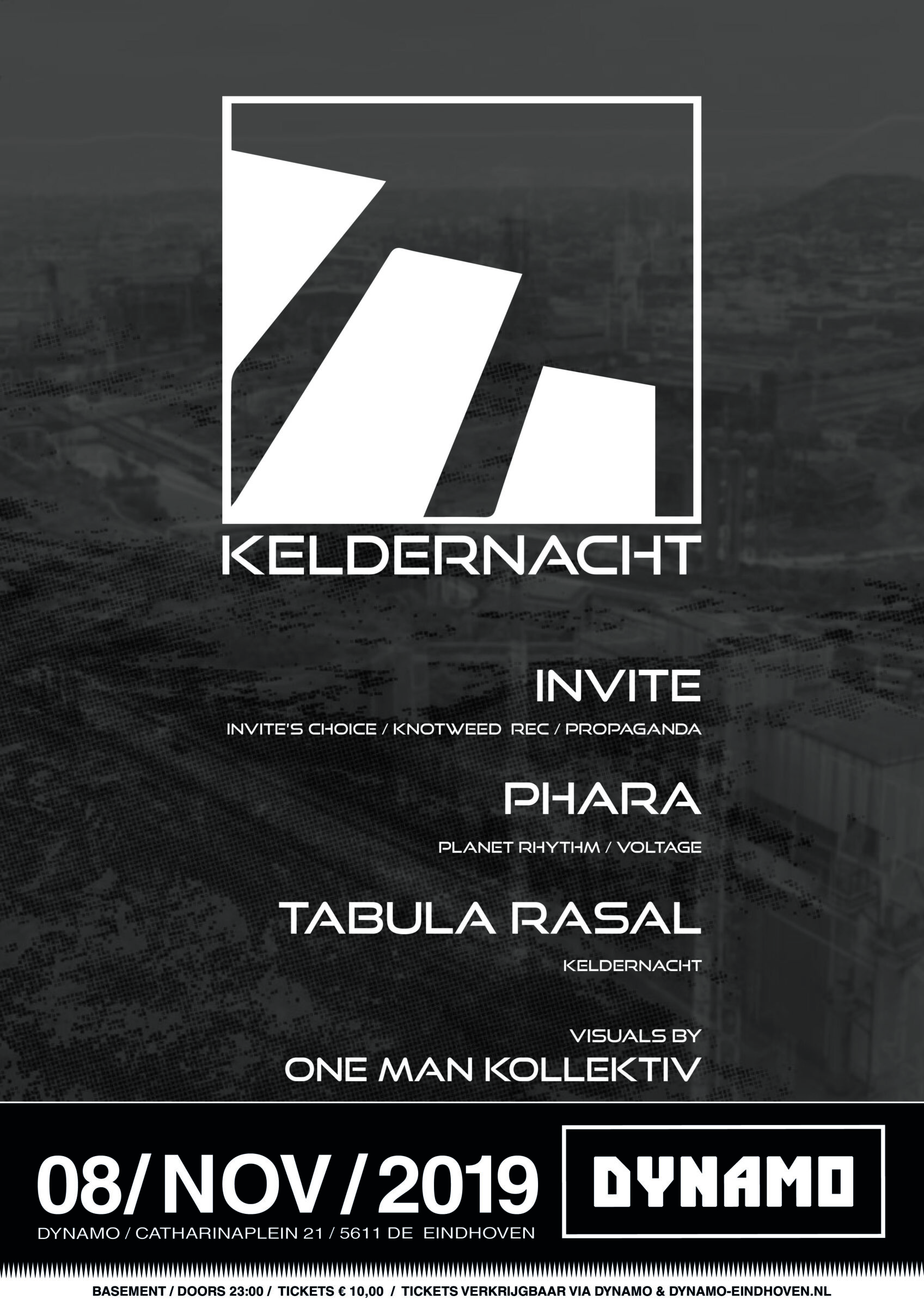 Keldernacht is an Eindhoven based inclusive club-night. While honouring the roots we introduce new talents combined with established artists.

The last, extended musical journey of this year will be provided by:

Visuals by:
One Man Kollektiv

____
Tim van Paradijs is the face behind the project Invite and also label owner of Invite’s Choice. Invite has accommodated various renowned artists in his label such as Tadeo, Kaiser, Zadig and many others. Apart from managing his label he is also responsible for the Invite’s Choice Podcast, always filled with great and talented guests. As a producer and artist, Invite is very self-demanding and perfectionist and as a dj he can move crowds and create spelbinding sets with a musical variety and selection that is often unpredictable and yet blended with precision.

____
Coming straight from the city of Ghent is Phara, a skilled producer and dj with a vast musical knowledge and taste. When it comes to creation his productions are seamlessly pure to its core, techno with energy and an attitude to match. For those who are familiar with his work know that his way of creating music is through hardware and intuition. As if this was not enough, Phara is a very powerful dj behind the decks and he will keep you moving and surprise you as you get taken in his musical journey. He has released banging music on Planet Rhythm and on Pär Grindvik’s Stockholm Ltd.

___
Tabula Rasal is one of our residents who will be performing this night. He will surprise us with a variety of musical blends that go from electro and off beat tracks to deep and cutting edge techno. 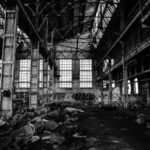