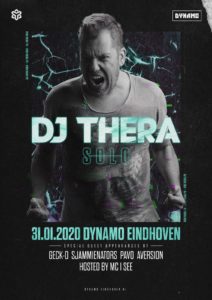 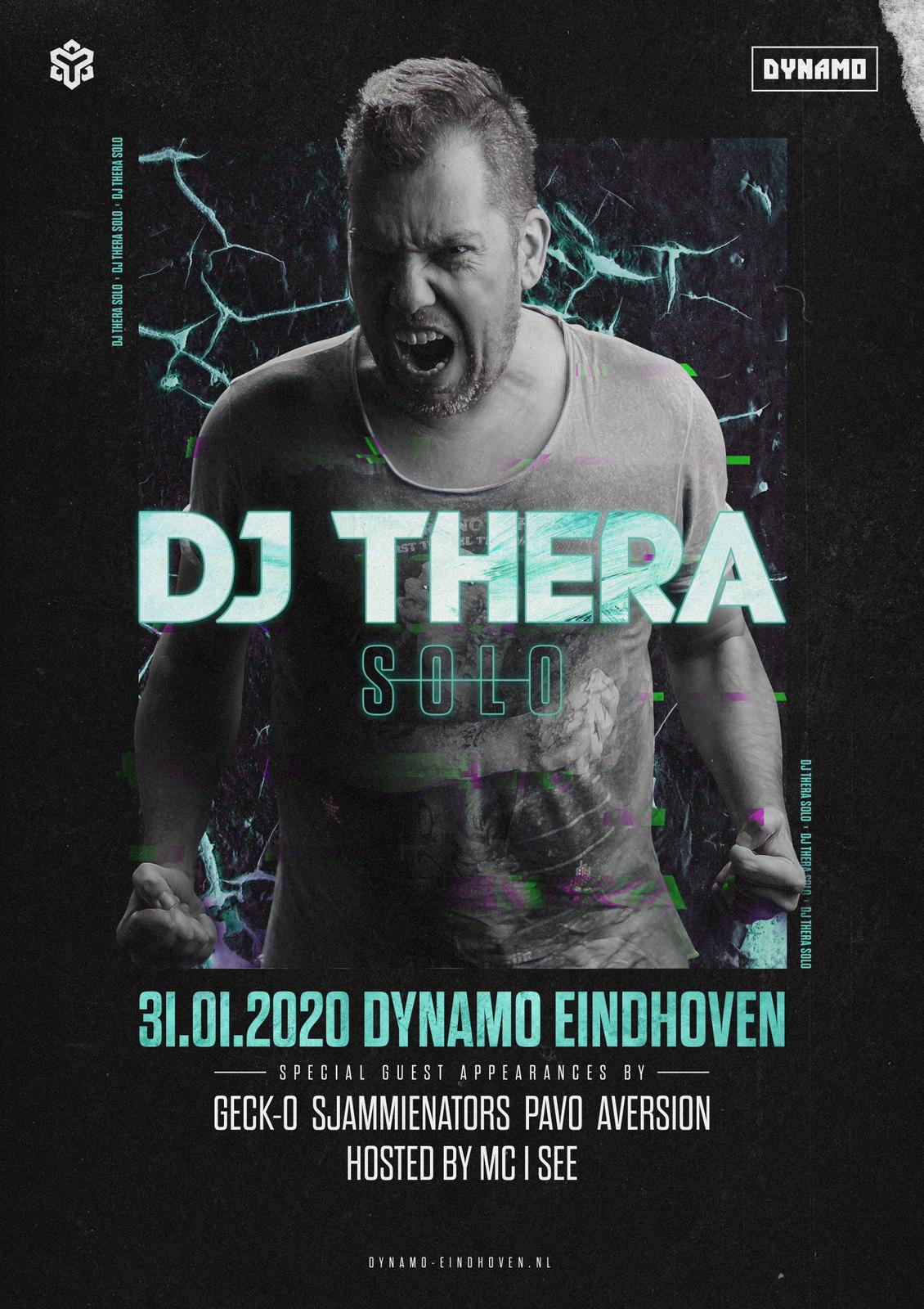 BPM Productions and Theracords are proud to present the return of DJ Thera Solo! With releasing his first music 20 years ago, Dj Thera has released such an insane amount of music, he just simply needed another solo event to play it all! As a true legend in the hardstyle scene Dj Thera is responsible for loads of classic tracks but is probably known the most for starting the worldwide known diverse hardstyle label Theracords.

Get ready to be blown away in the legendary Dynamo stage by Dj Thera during his 4,5 hours dj set! This set won’t be a solo set entirely, because we also have some very special guests who will play b2b with Dj Thera to make this night an amazing musical rollercoaster!

Joining Dj Thera on stage: Geck-o, Sjammienators, Pavo and Aversion!
This exclusive event will be hosted by MC I See.

Regular tickets are now on sale for 15,- ex. fee 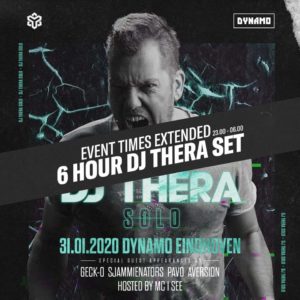 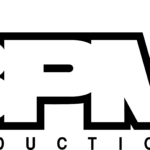 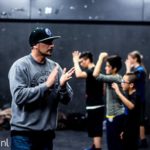