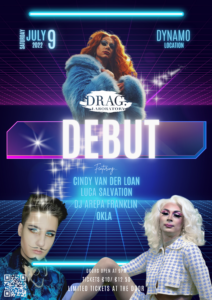 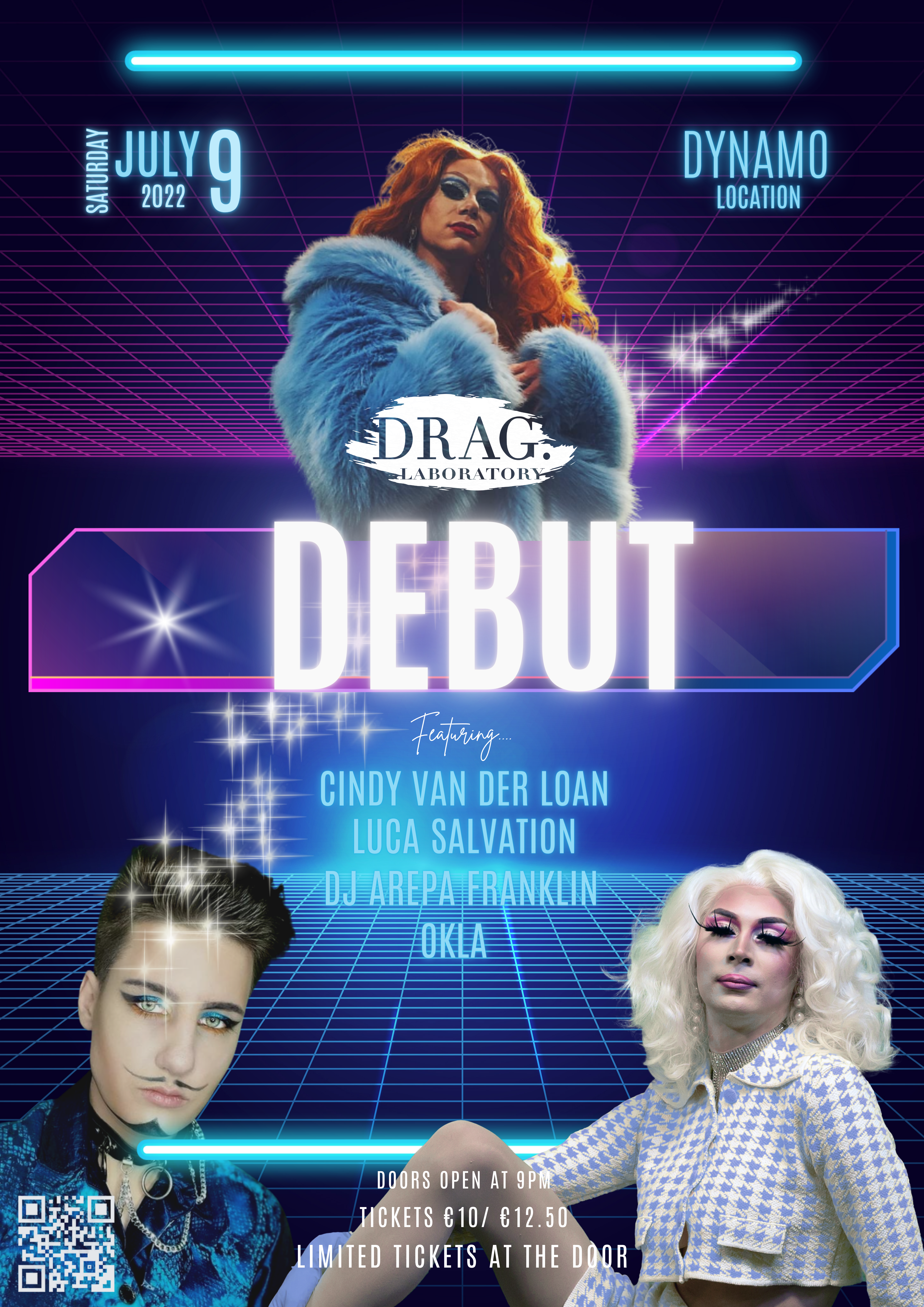 Cindy Van Der Loan, Eindhoven’s premier drag queen has done it again, she has given birth to some brand new drag babies. Drag.Laboratory is taking over the main-stage of Dynamo where we showcase what we got and where we debut our new drag talents. We invite you to come and celebrate drag and queerness.

Drag.Laboratory is a program where our participants can experiment and explore drag. DEBUT is our celebration to close our eight part series of workshops. At DEBUT our participants get the chance to make their Debut as their drag character along with some experienced drag super stars.

DEBUT is not just a drag show, it is a party. You are cordially invited to show us what YOU got. Debut as a drag queen, Debut your new outfit or Debut your sickest make-up look. Come as you are and feel free to be who you want to be at DEBUT. Come on over to Dynamo on the 9th of July.

Get your tickets early as the early bird price is €10 euro, tickets will also be available to tip the queens and support your favourite acts.

See ya there!
Xo 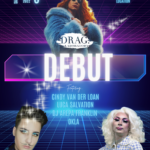