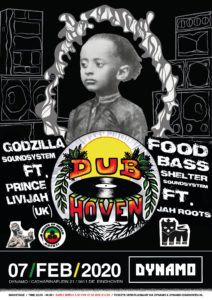 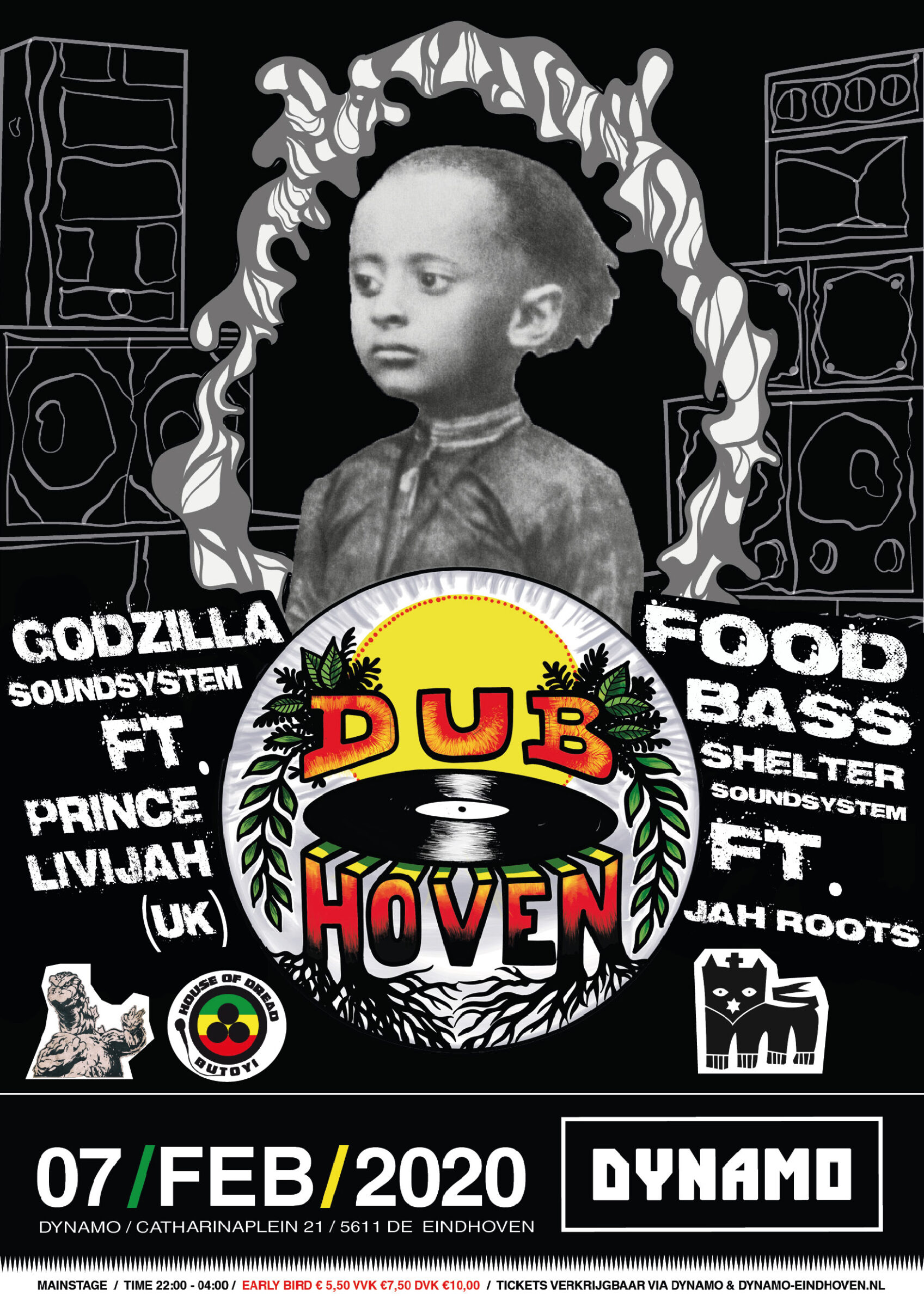 Food Bass Shelter (the basic needs in life) is a reggae soundsystem from The Hague founded in 2013 which today consists of Iskander and Serge.
Together we share the love for quality vinyl and choose to play a wide variety, from mostly roots to stepper and some dubplate productions. As long as it has a serious message and distinct sound in the tune. Sufferation and oppression, with a heavyweight-healing vibration.
During sessions we have had many different chanters and players of instruments creating vibes with us. This evening, Jah Rootz (Selah Sound / King Shiloh Family) will come along with us to vibe up this night in full glory.
Oneness

Godzilla is a roots and dub soundsystem based in Eindhoven, Netherlands.

It’s founding father – Filip Godzilla – dj and sound operator, fiercly believes it is more than a green coloured pile of speaker boxes and a bunch of amplifiers, running Godzilla Soundsystem since 2017 is a natural manner of continuing Filips musical activity since 1999. It is a way of communication, a culture and a way to deliver positive vibes & conscious message to the crowds. Roots Reggae and heavy weight dub will be sounding through the speakers accompanied with singers and players of instruments when Godzilla string up!

Prince Liv I jah is a conscious rastaman , using roots music to convey a message of love, equality and justice for all. He has been recording since 1997, his first single Emperors march was released on his classic vibez label. He has gone on to record for other labels like, Sip a Cup, Ruff Cut, Scotch Bonnet, Jah soldier and Jah Youth. His most recent singles were recorded for universal love, king of the jungle, Crafty council and Can’t get I down for Ed Foundation and King Sammy and two singles for Belgium based label dub up records, red alert and content of character.

Currently Livijah is putting the final touches to his album produced by jah youth with live riddims an ep for sip cup label and singles for various producers. Livijah has also been involved in producing tracks with other artist for his own label classic vybez, recording Daweh Congo, Michael Prophet, Vivian Jones and Dawna Lee.
Prince liv I jah is also a dj with Jah Youth roots ambassador sound system and has travelled with them all over Europe and Africa performing at festivals and dances.

All tribes welcome!
Rastafari music from start to finish